Skip to content
STEM WOMEN CONGRESS 2021. Creating opportunities so that many girls and young women can dream

STEM WOMEN CONGRESS 2021: Creating opportunities so that many girls and young women can dream

Barcelona has once again hosted the third edition of the STEM Women Congress (SCW). This year’s edition was held in a hybrid format, online and in person, with more than 800 participants. The Congress started with one central premise: to promote female empowerment in the STEM fields (science, technology, engineering and mathematics) and give the importance that the presence of women in senior management positions deserves. In addition, the STEM Women Congress has highlighted why the company of women in STEM fields is still so low. 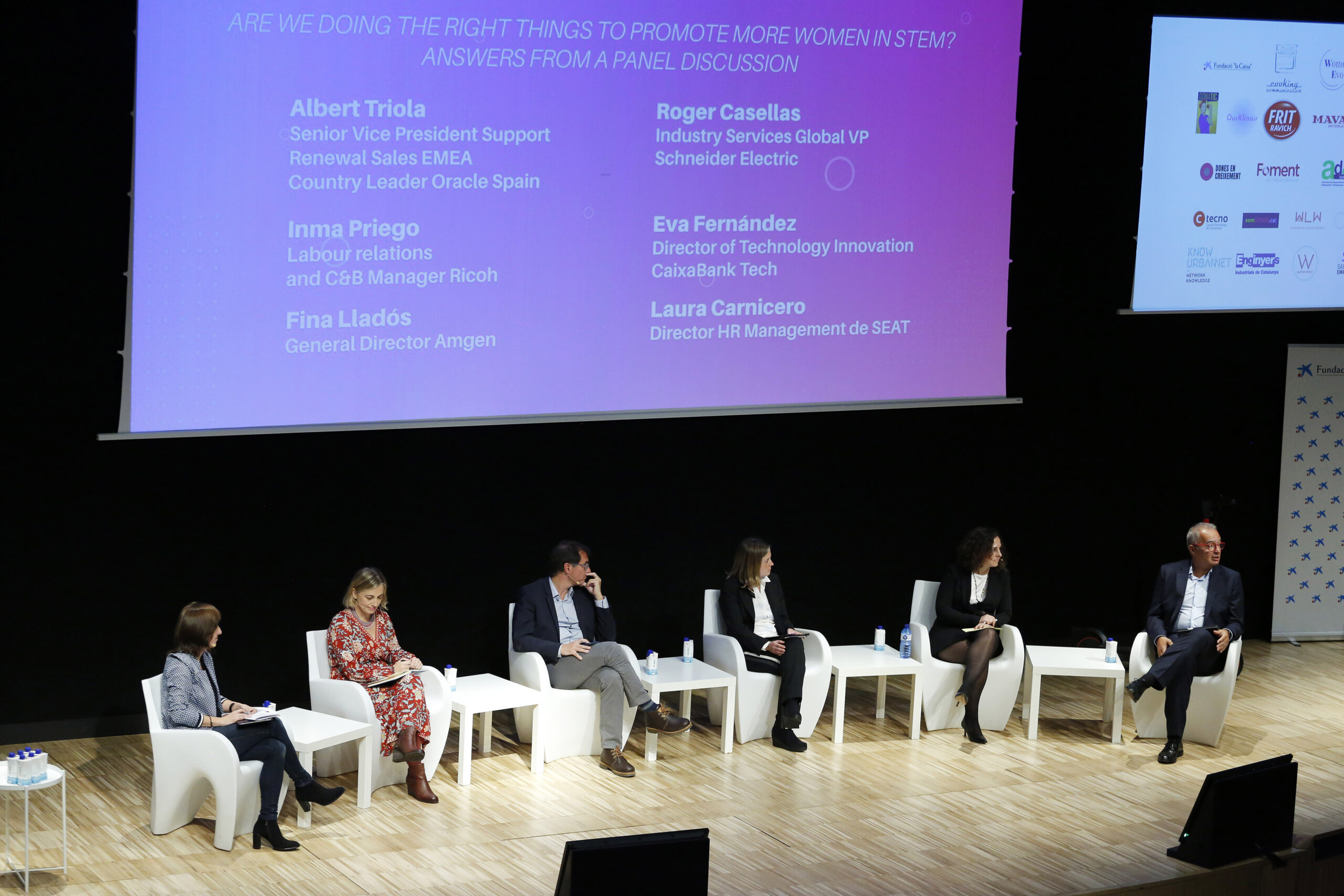 During the two days between November 10th and 11th, the SWC was attended by leading personalities dedicated to the STEM field and internationally renowned companies. In addition, the conclusions of the STEM Women Congress Annual Report, were presented, the study that allows us to analyse which STEM initiatives have been carried out during the year 2020. The STEM Awards were handed out to close this great event. The prizes awarded those projects that fight against inequality and have broken gender stereotypes in the sector. 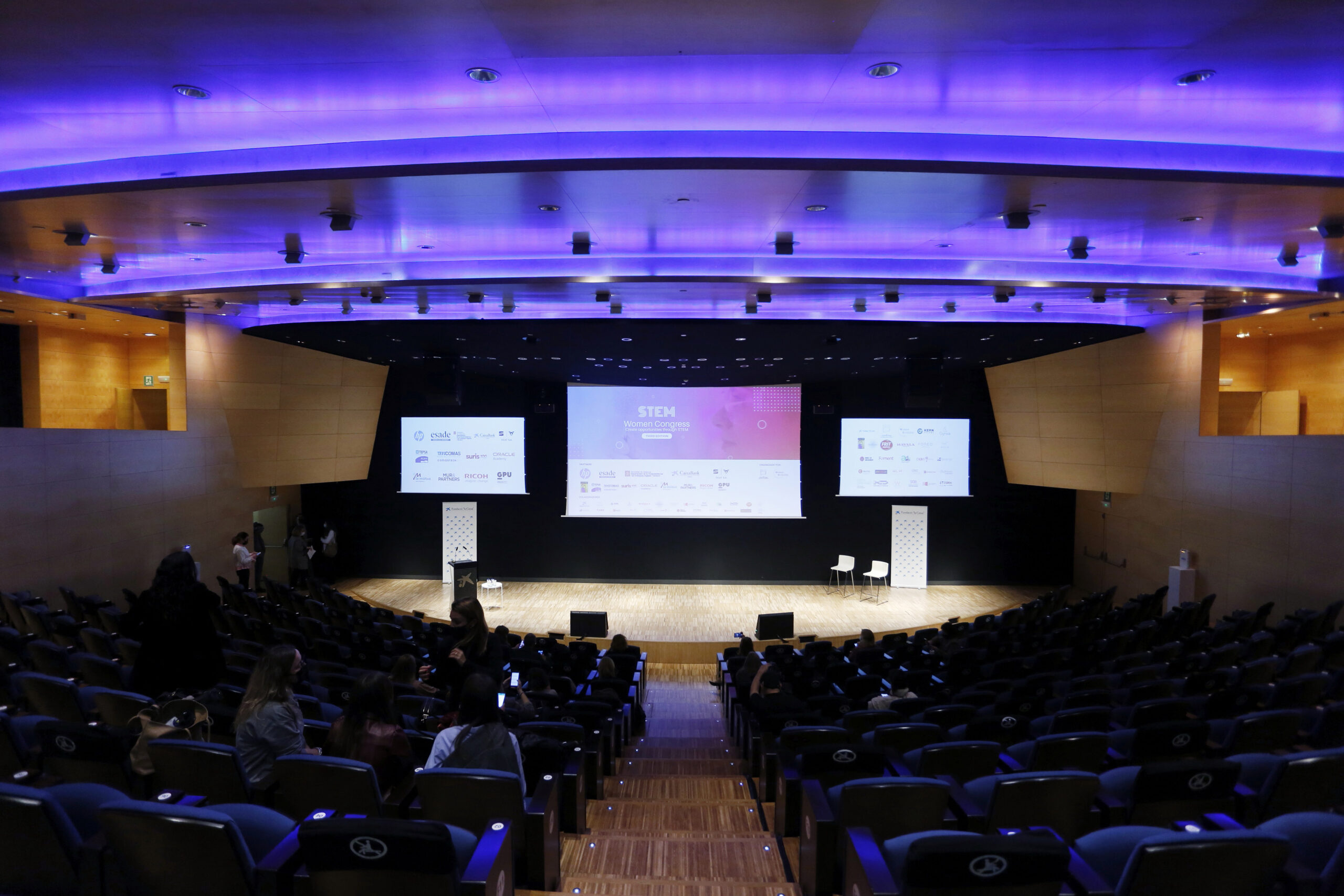 The conclusions of the STEM Women Congress Annual Report were presented, the study that allows to analyse which STEM initiatives have been carried out during the year

The STEM Women Congress has had great institutional support

The second day of the Women’s Empowerment Congress was opened by Laia Bonet, Third Deputy Mayor of Barcelona City Council, who expressed the importance of shedding light on gender equality in the STEM sectors. In addition, the Congress has had the institutional support of Joana Barbany, Director General of Digital Society of the Generalitat de Catalunya, and the virtual presence of Helena Dalli, EU Commissioner for Equality. She made the closing ceremony on 11 November.

The study, based on a questionnaire distributed to the STEM initiatives that wished to participate, was presented at the third edition of the Congress. The Annual Report aims to determine the impact generated by the initiatives, the degree of influence on the Spanish population, the age groups, and the territories they have been represented. In addition, the source of funding and the type of activity they carry out have also been analysed.

The main conclusion is that a technological platform is necessary to standardise the measurement data between initiatives; still moreover, a new measurement system is required to analyse the quality of the impact and its effectiveness.

The report details that more than 50% of the initiatives that formed part of the study were created after 2018, highlighting that promoting equality policies in these sectors through the SDGs may have led to this growth. Another interesting fact is that 70% of the initiatives surveyed are interested in recruiting volunteers to promote the role of women in the STEM sector. The Annual Report also found that 81% of the participating initiatives strive to break down gender stereotypes. For this reason, it is time to give women the place they deserve and not only to let the world know that STEM Women exist but to support all those who want to be women and have been held back by gender stereotypes. 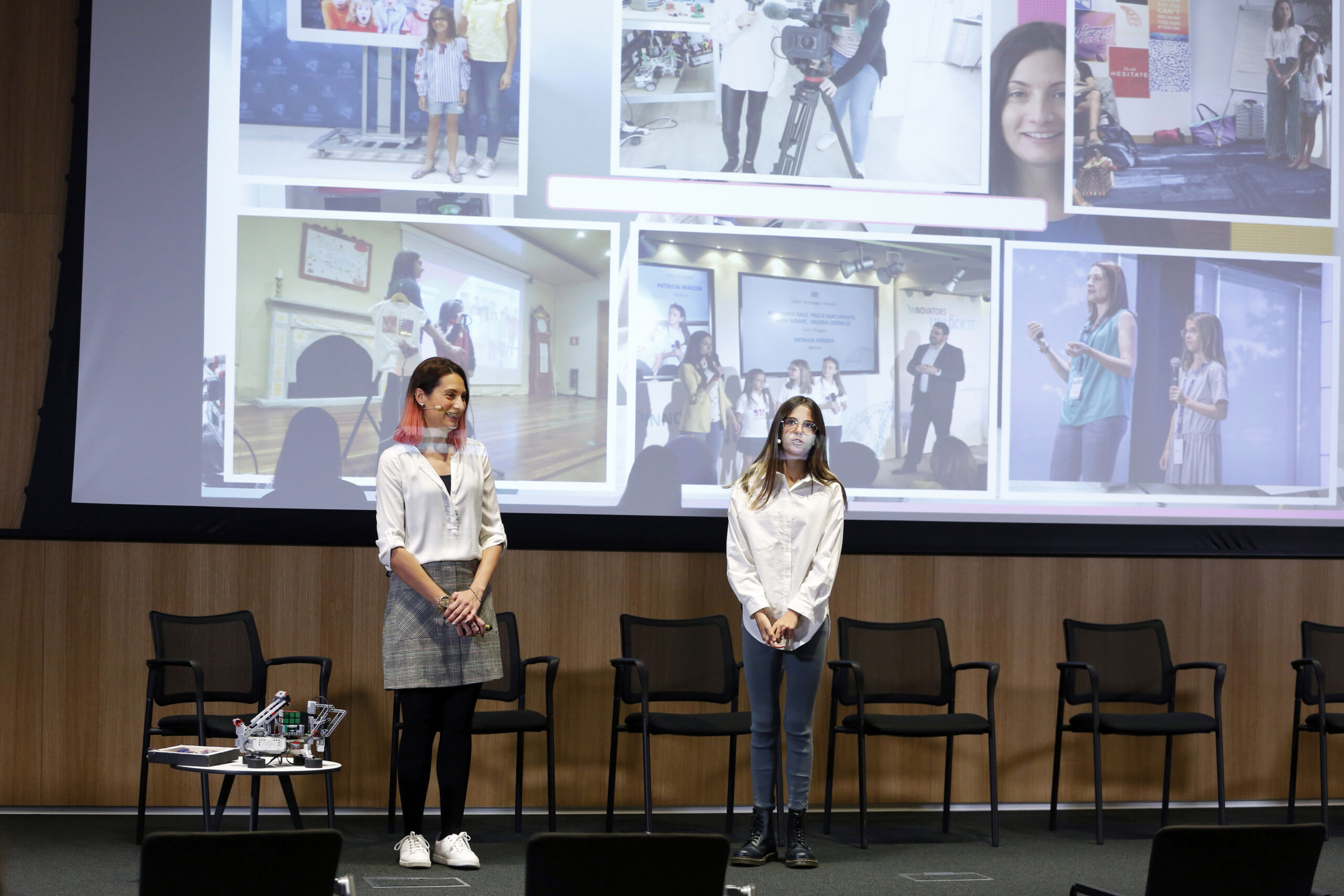 Elsa Giménez, CEO of KitCo for Personal Development, moderated the round table La Mirada del Futuro (The glimpse of the future), led by young people. Primary school students from various educational centres participated and explained how they continue to experience gender inequality in their daily lives. Susana Cabos, Global Project Quality Director at Schneider Electric, moderated the debate Buscando la iniciativa que cambiará mi vida (Looking for the initiative that will change my life). She discussed how to bring STEM areas closer to girls and women.

In the workshop “Empieza a cambiar el mundo y mide su impacto” (Start changing the world and measure your impact) led by Cecilia Cuadra, Digital Marketing Manager at Ricoh Spain and Portugal, the debate focused on creating a new initiative or redirecting an existing one and how to measure the impact of your actions. Fiona Vives, Industrial Design and Product Development Engineer, took part. Being a STEM girl has been a constant challenge to overcome for Fiona. She has designed MIRA, a therapeutic resource that helps patients who have lost an arm or hand mobility recover it to be more independent in their daily actions.

According to Fiona, “the biggest obstacle to being a STEM woman is often the support of your environment”. She encourages girls and young women to “keep doing what they love and not be intimidated by doubts or fear. Find your passion and use it in everything you do. Technology is a tool with a lot of potentials, and they have a lot to contribute”.

For Laia Bonet, currently a university professor, a councillor on Barcelona City Council and previously a director at Aguas Ter Llobregat and a member of Congress, “the scarce presence of women in STEM studies implies not only a loss of talent but also a social loss, in terms of a technological outlook more focused on its use for the common good”. However, Laia comments, “Because of the interest and expectation aroused by initiatives such as the STEM conferences, I predict a hopeful future in which women will play an equal role in the great changes and progress driven by digitalisation. We have bright young women who will revolutionise technology”. It is clear that “The more women there are leading and driving change, the more role models young women will find in science.” 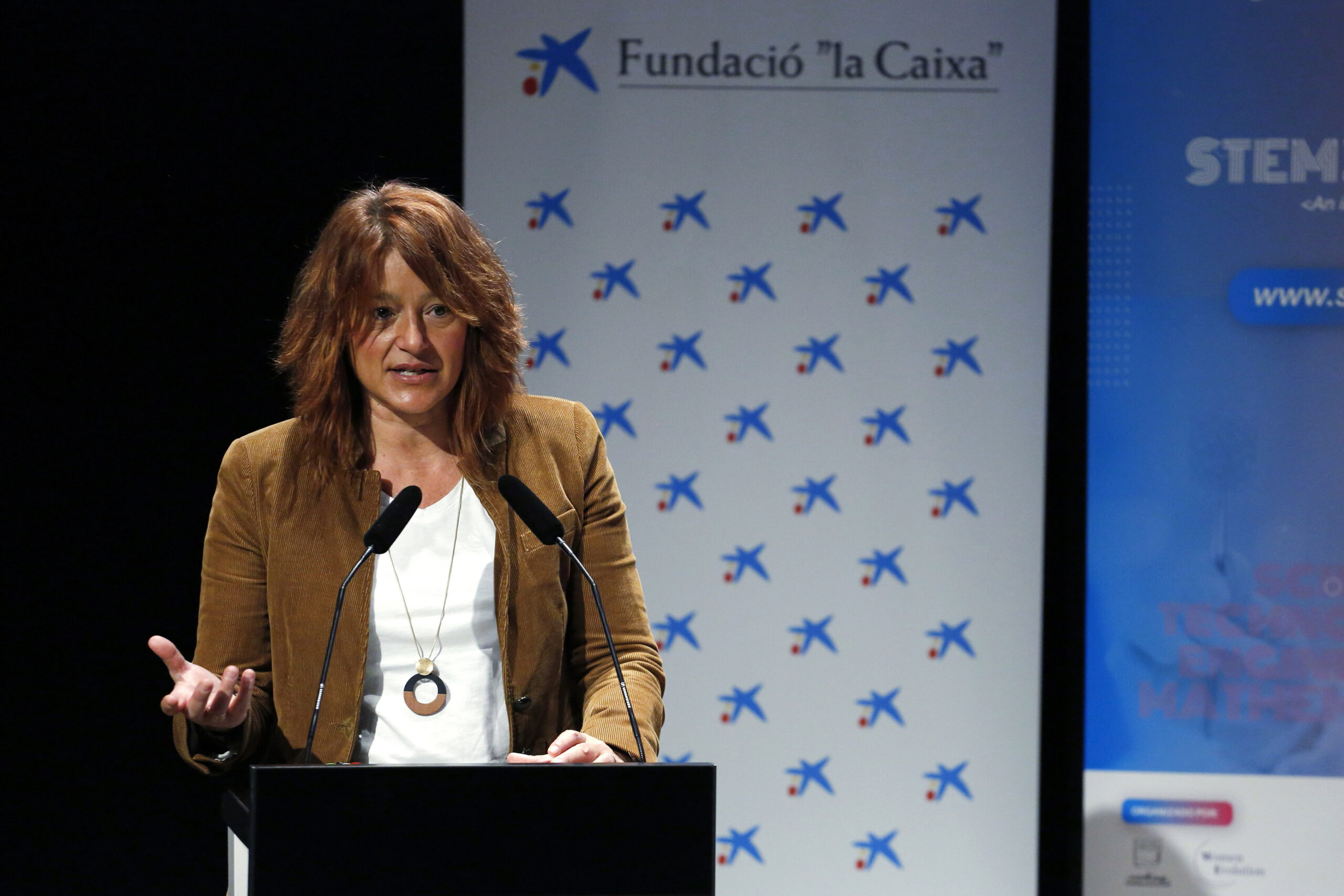 “The more women there are leading and driving change, the more role models young women will find in science”

“If a woman enters the technology sector, women change; if many women enter the technology sector, the sector changes”. In this sense, it is worth highlighting the intervention of Judith Palmés (Accenture, Telecommunications Engineer), who encouraged to break the stereotype of the geek technologist; opening the look towards the need to involve boys and girls in need for Networking, Creativity and Communication in STEM companies. Judith defines three critical moments in the female STEM world:

Mercè Brey spoke about human skills and strengths in “ALFAS and OMEGAS” talk. There are more typical men (alpha), and others are more typical women (omega). Both taken to extremes (mega alpha or mega omega) are destructive in humans. He named a few specific pathologies in women that do have an antidote; so it is good to reflect on each one and thus be able to find a solution so that we can find ourselves in the MOMA SPACE, a space of balance between the alpha and the omega, both women and men.

Guayente Sanmartin (Vice President and General Manager of HP) remarked on the challenge women face today: “that what you think or what you think is taken seriously”. Finally, she gave three pieces of advice:

Marta Creus from the company TRITON (submarine development) reminds us of a mythical phrase by Jean Croseau: “human beings only love what we know”. If we do not introduce our girls and young women to technology, they will not be able to love it. As Óscar Torres (B2B Management Program Director ESADE) pointed out, it is vital to invest in STEM marketing. Let’s give visibility to the leading female technologists in our cities. Let’s give visibility to the initiatives of the companies in our area that approach the future promises of our society, to transmit to them the illusion, the skills necessary for a more balanced technological society. Let’s help girls to dream.

“‘Human beings only love what we know’. If we do not introduce our girls and young women to technology, they will not be able to love it” 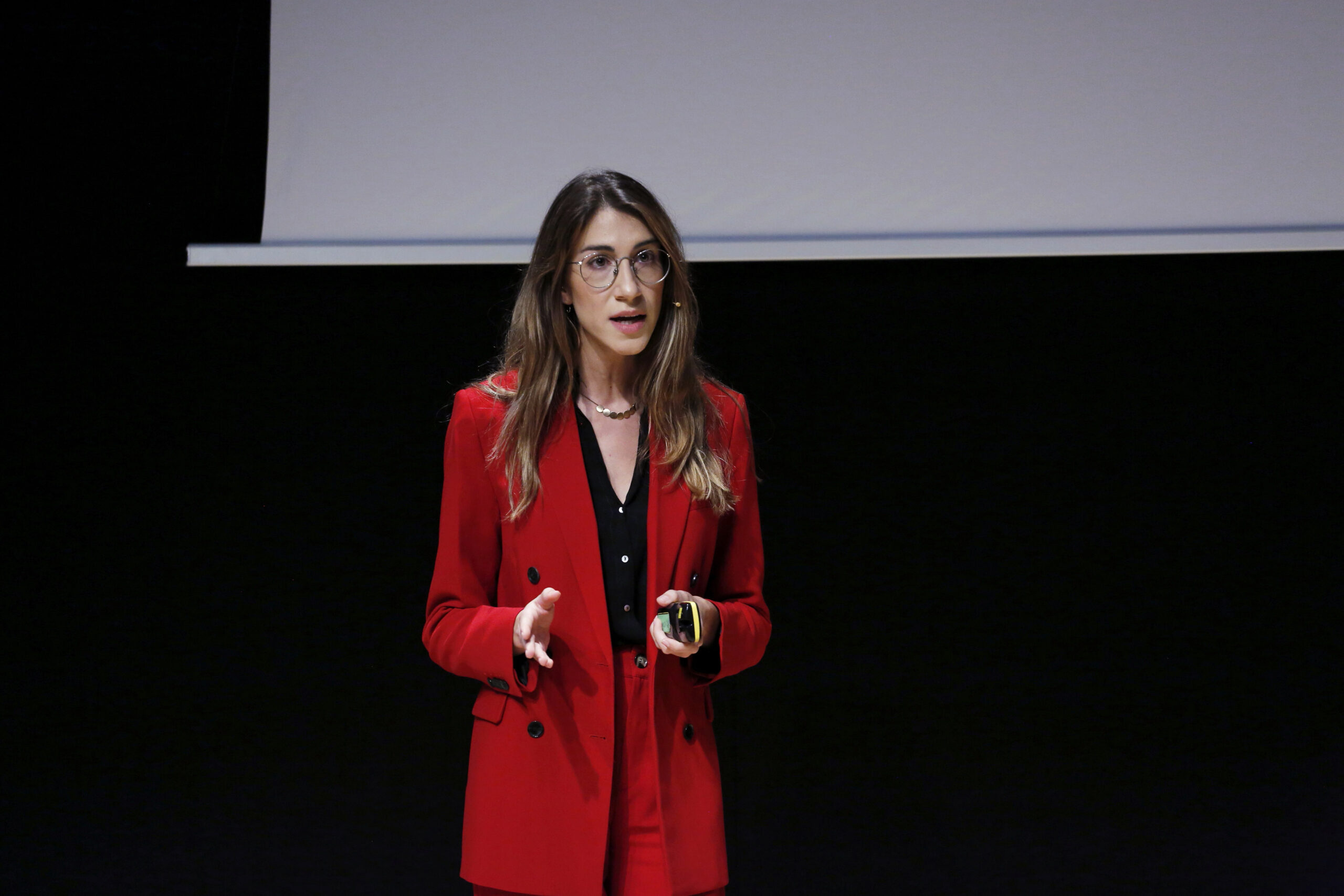 The awards for the fight against gender inequality and stereotypes in STEM went to: 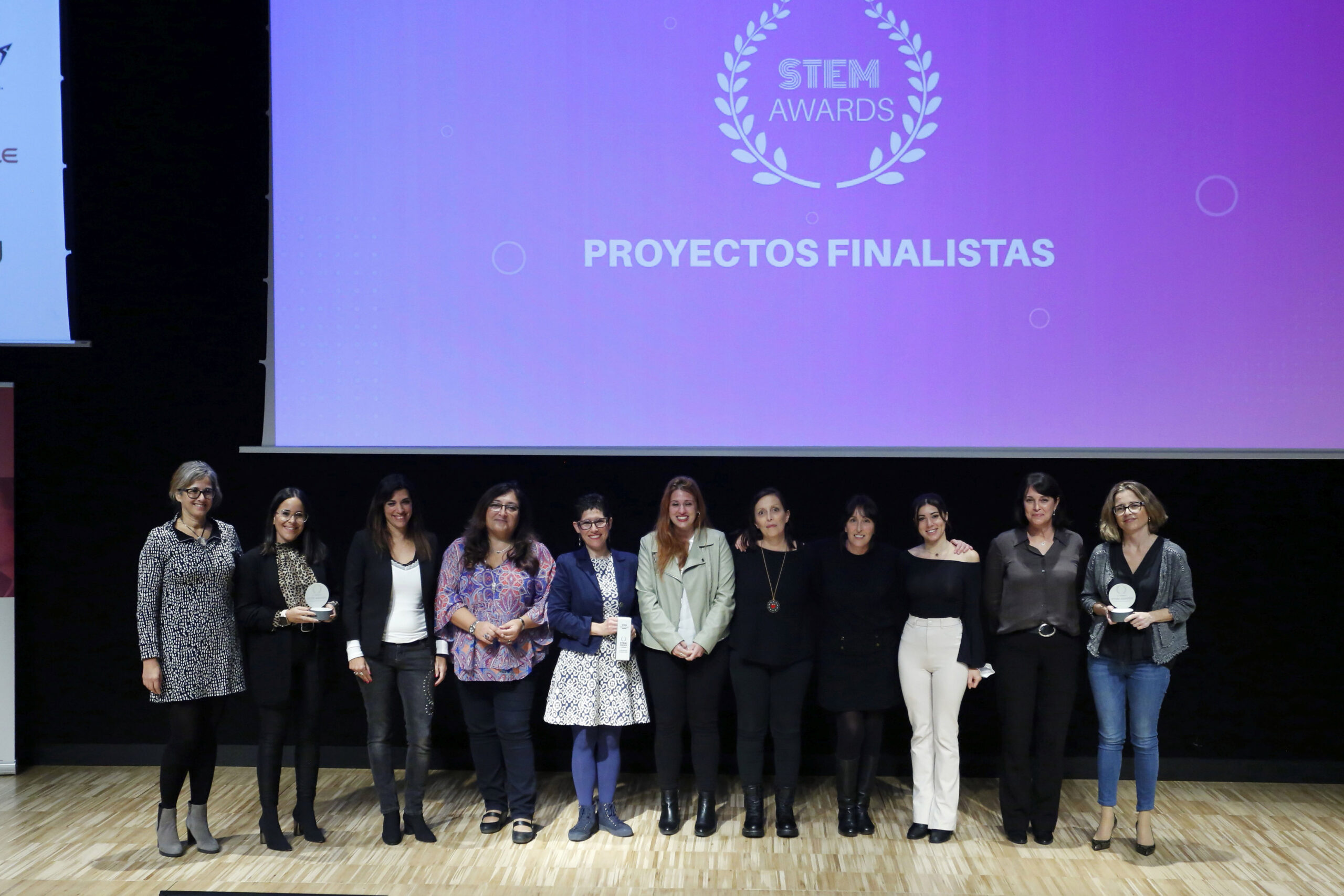 Once again, the SWC has offered an excellent opportunity to take a step forward to make visible and promote female talent, this time helping representatives of the sector and different companies to reflect on gender inequality and new ways to overcome it. We look forward to next year’s event.

Universal Design for Learning, a didactic model from an inclusive perspective 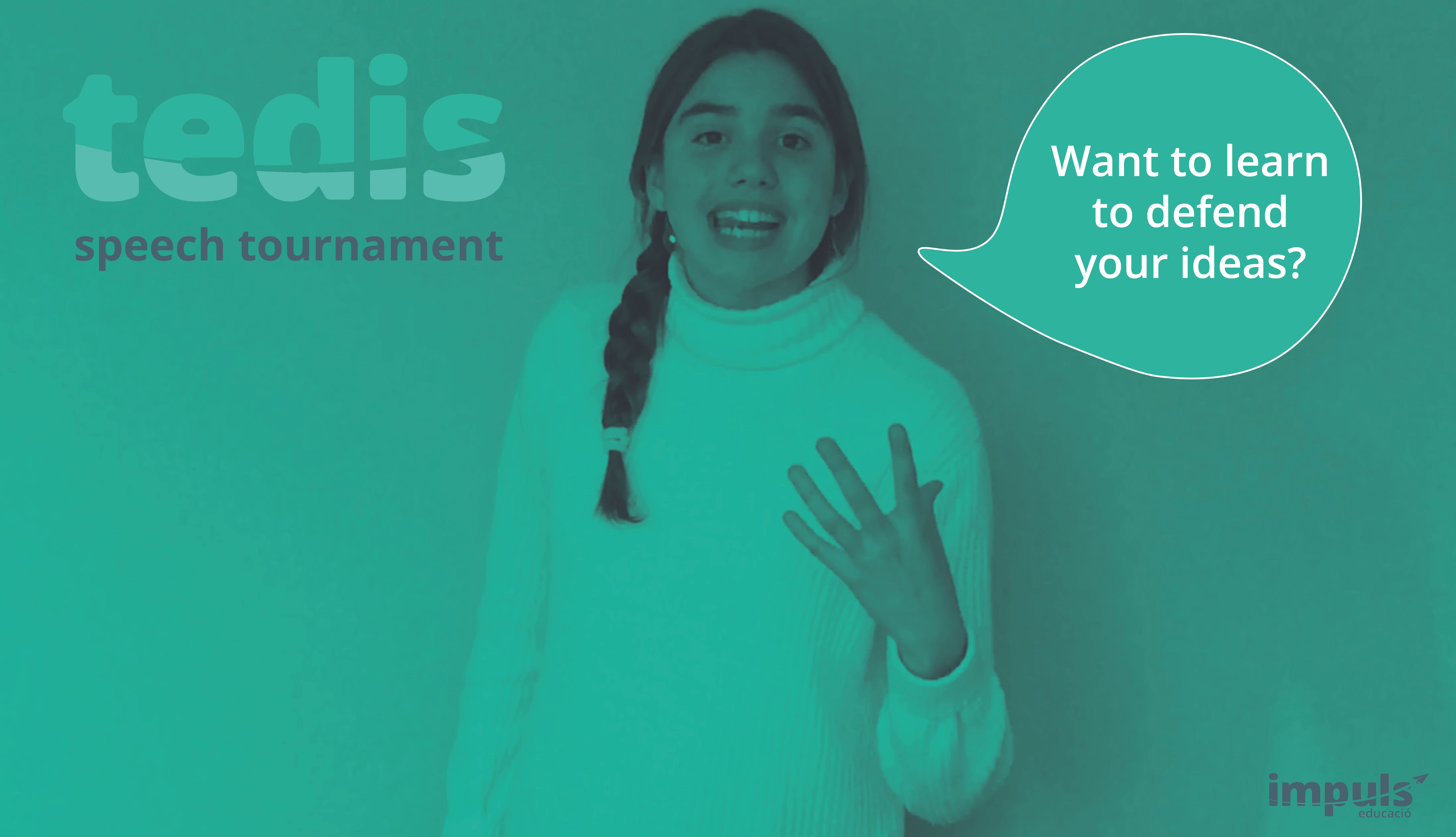