The Covid-19 pandemic has disrupted many aspects of our world and the way we understand it. Some innovative movements now realize that we still need to go a step further and bet on a real educational transformation. A re-reading of this book, originally published in 2008, makes us realize that sometimes some future projects have been in a kind of lethargy for too long and need to be awakened. We believe that this is the case with this book, which suggests a completely up-to-date plan of action that is useful both for students and for those who are already working in the profession. 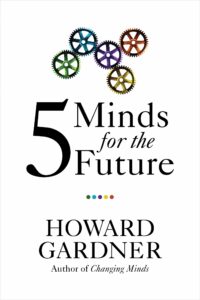 Howard Gardner is the John H. & Elisabeth A. Hobbs Professor of Cognition and Education at the Harvard Graduate School of Education and Director of Harvard Project Zero. He is generally recognized for his theory of Multiple Intelligences and is the author of a large number of works, including titles such as Flexible Minds, Creative Minds, Leading Minds, among others.

The renowned psychologist approaches from different perspectives the description of what he calls the five minds that must be cultivated throughout life to face everything that is foreseeable and everything that is not. This is his objective. The five minds are: the disciplined mind, the synthetic mind, the creative mind, the respectful mind and the ethical mind. The key arguments of his proposal are:

The first three deal with cognitive forms and the other two have to do with the relationship we have with other people.

We highlight some aspects of each of the five minds.

Disciplines and subjects are two different things. Subjects usually focus on the study of facts, data, formulas and figures. A discipline, on the other hand, is a way of looking at the world. Gardner states that disciplining the mind is achieved in four steps:

The author ventures to state that in the future, individuals will have to learn to synthesize knowledge and to extend it in new ways with which they are not yet familiar. (p. 69)

In the future, individuals will have to learn to synthesize knowledge and extend it in new ways with which they are not yet familiar 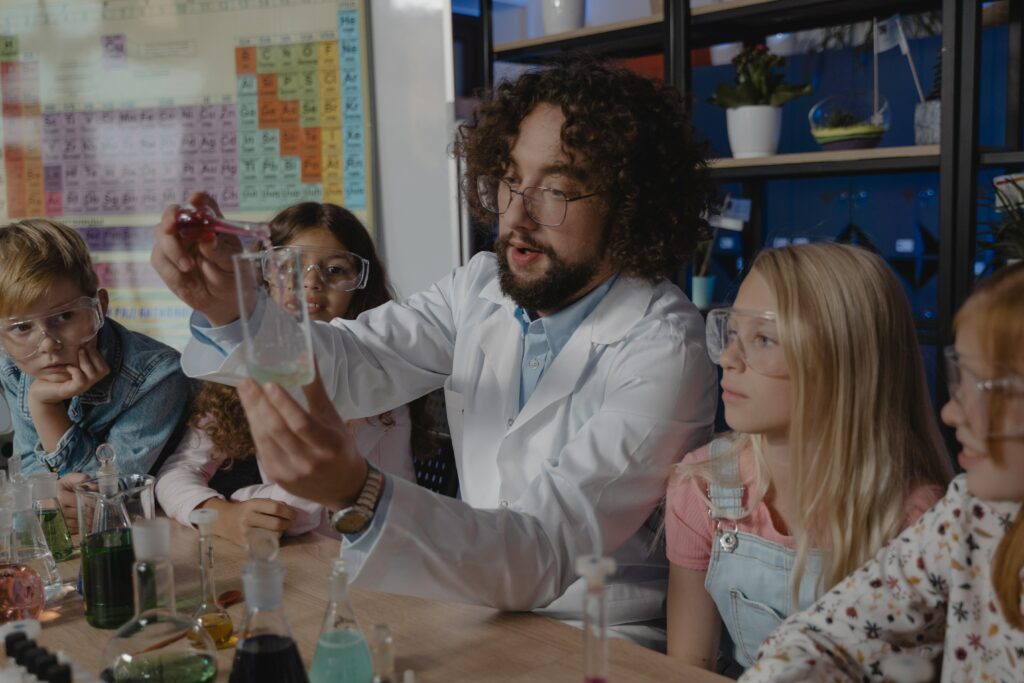 We are challenged to go beyond the domain of an academic discipline and find the facilitating criteria for productive syntheses. The best known types of synthesis are:

Gardner considers that the most ambitious form of synthesis is found in interdisciplinary work, despite the fact that, except for creative people, adults often put up barriers that make it difficult.

One challenge facing the educational world is to make compatible a disciplined mind that does not lose the potential for synthetic thinking and, naturally, that gives it the attention it requires. A teaching style such as the one called metaknowledge may be the way forward.

In the author’s opinion, the effort to be made in the future will be the cultivation of the interdisciplinary mind, despite the continuing strength of the desire for specialization.

Despite the fact that everyone wants it, the fact is that people tend to be conservative, which implies reading the times in which we live well because the future belongs to innovative companies. Creativity arises when three elements come together:

We cannot speak of creativity if we do not recognize its contribution in a specific field and that it has modified it in some way. A creator is not exactly an expert because he stands out for his temperament, concerns and attitudes. He is rather a nonconformist.

Once again, the challenge is taken up by the educational system: although the mind of a 5-year-old child is at the height of its creative capacity, keeping this sensitivity alive involves offering options and alternatives to the same problem.

In the workplace it is also difficult for creativity to emerge if it is not part of its essence because, in fact, most opt for what is considered conventional. Gardner does not touch on the tendency to stay in the comfort zone at this point, but we can intuit it.

Although there is a tendency to consider creativity as individual, what the author calls the wisdom of crowds is gaining more and more ground, with the example of Wiquipedia as the best known case. The goal of a creator,” he says, “is to change the limits, to generate imbalance. 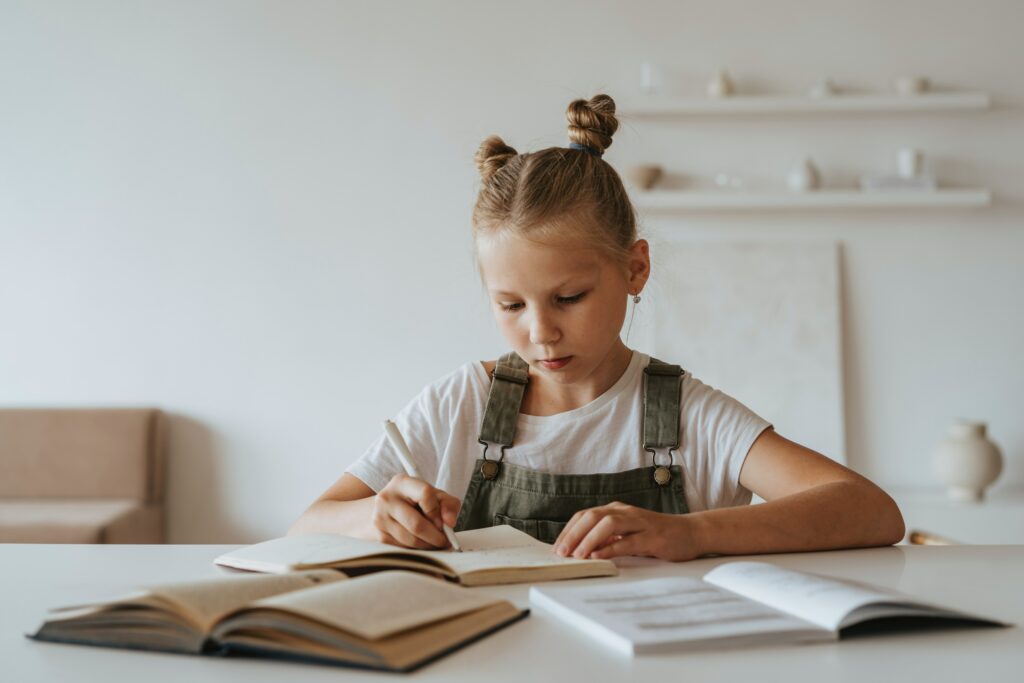 One challenge facing the educational world is to make compatible a disciplined mind that does not lose the potential for synthetic thinking and, naturally, that gives it the attention it requires. A teaching style such as metaknowledge may be the way forward

It is a characteristic characteristic of humans the tendency to make groups, sometimes antagonistic. Overcoming rivalry and progressing towards mutual respect has education as the most useful way, which implies going beyond simple tolerance, which is no small thing.

The author is in favor of the concept of respect with the idea of accepting differences, that we learn to live with them and that we value those who are part of other groups.

Once again, Gardner thinks that educators are the ones who can contribute the most, but without forgetting that signs of respect must be detected in everyday life and in the workplace. There is always the possibility of finding common ground between people who see things differently.

Having an ethical approach starts in the family home and is easier if one has grown up in an environment where the norm is a job well done, in Gardner’s expression. Whatever the background of people, individuals who behave as professionals are an example of ethical orientation in their work. This approach also applies to citizens who are committed to making the community in which they live better and proud.

From the studies and research cited by the author, the influence of the adult world surrounding the children, professional colleagues or the peer group also stands out. It is clear that all this does not generate consensus just for the sake of it, since what is the criterion for considering what can be considered ethical and what cannot? All societies accept virtues such as sincerity, integrity, loyalty, fairness and justice and none of them approve of falsehood, dishonesty, disloyalty or injustice.

As has been customary in this work, the author believes that it is educators who can do the most to shape an ethical mind in their students and they must do so by going beyond the achievement of academic excellence. When students understand why they are learning what they are being taught and how they can use it, they are much more likely to find ethical meaning in what they are doing.

At this point, the author believes that there is no unbridgeable separation between respect and ethics: it does not seem possible for someone who is ethical not to respect others, he concludes.

By way of conclusion

We find examples of the five minds both in formal education and in the professional field; they have an optimal period of development and it is necessary to identify pseudoforms that can lead us to take for good practices that are not.

Putting into practice the cultivation of these five minds has resistances and obstacles among which the author identifies the following: conservatism, passing caprice, hidden risks and impotence.

The author considers that the five minds have to be worked on in schools, by families and in the workplace. According to him, the future of our species depends on it.

Did you know that critical thinking is key in education for the age of innovation?

Tribute to Sir Ken Robinson, a knight to the rescue of education